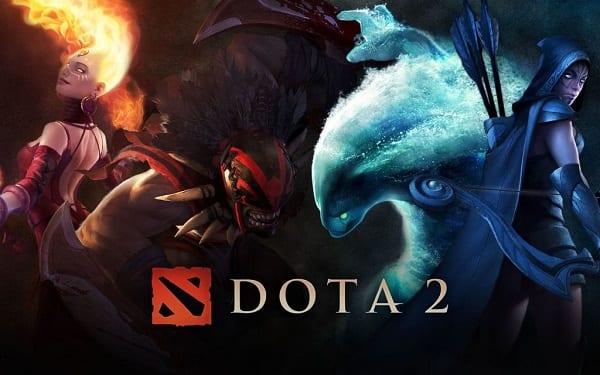 On 14 July 2019, the last matches of the qualifiers for the main tournament The International 2019 of the year ended up. And while the team are getting ready for the competition, the analytics have a chance to estimate the previous season which turned out to have pretty interesting events. This time many teams with talented players managed to get to the tournament. Some of them are completely unknown for the community.

Each season is represented by not only interesting games, but scandals and intrigues. Sometimes strong players can be left behind because of mistakes of their partners in the team, sometimes scandals start with social networks (as it happened this year).

Now the organizer of the main Dota 2 tournament is the company Valve. The organizers decided to avoid problems for no reason at all, therefore they invited all the teams who managed to earn at least one point in Dota Pro Circuit.

Another important condition for those who wanted to get to the tournament is to keep the roster. For instance, the team The Pango changed their roster before the start of the qualifiers. Besides, many other interesting rosters also got left behind even though they could keep on fighting for the victory, however, due to some reasons, it was impossible to do.

So, how did the qualifiers for the main Dota 2 tournament take place? How did the season end up and who can the audience see in August in Shanghai where the game of The International 2019 starts?

According to the results of the current season, 12 teams managed to get invitations from the organizers to the most prestigious Dota 2 tournament. Among the lucky esportsmen, we can see the following teams:

The other teams had to take part in the regional qualifiers.

Natus Vincere (Na`Vi) managed to become the best in the CIS, as for China and countries of Southeast Asia, there Royal Never Give Up and Mineski became the winners, correspondingly.

We should take a special look at some regions as each qualifier was rather interesting for Dota 2 fans. It is better to start with the CIS teams.

In this region approximately seven hundred teams got registered. The rosters of some teams looked fantastic.

Team Unique and FlyToMoon were considered to be favorites, however, during the qualifier we got to know that some players of these teams have nothing to do with international tournaments.

In Europe the competition was approximately the same as in the CIS. The fan roster with AdmiralBulldog deserved some special attention. Finally the guys from Ad Finem also managed to gather a rather strong team, however, Chaos Esports Club happened to be stronger.

The qualifier in China deserves special attention. In RPC the qualifiers do not take place on FaceIT, so all Dota 2 fans have to wait for information from Chinese esports sites. We can notice that this year the qualifier was very intense, which prove the growing popularity of esports in China.

Many strong players were left without attention in South East Asia if we talk about Valve, however the competition was rather strong.

Who was better than others?

Who is going to be the strongest team at the current season?

Team Secret also looks rather strong. We can mark Vici Gaming (the winner of the last major).

Main losers of the season

We should also say something about players who didnt manage to get to the main Dota 2 tournament.

This year scandals also come into picture. Now it started with the player nicknamed Maybe, who plays for PSG.LGD. He decided to insult his opponent in a racist way on a social media.

We can mark the fact that this season has a lot of unpleasant surprises from strong teams. While the guys from Virtus.pro managed to get to the tournament easily, many other teams who had had bright results before were left behind.

As for this year the tournament will be held in China, in Shanghai (at the famous stadium Mercedes Arena), it is possible that the Chinese players can show their best shape. Fans support, familiar conditions (for many players) and strong motivation are the factors that can help them to show their best at the home tournament and help their team to take the first place.

Besides, the organizers managed to raise a really huge prize pool, so not only reputation will be at stake, but also huge money. The previous season cannot be called rich in scandals. Even the racist scandal didnt lead to disqualification. The player had to just make his apologies. If this happened in football, the football federation could disqualify this player for several matches.